George Zavvos Greek Deputy Minister of Finance in charge of the Financial System https://www.minfin.gr/web/guest/yphypourgos-oikonomikon-armodios-gia-to-chrematopistotiko-systema  is the  brother of Stelios Zavvos the front-man of George Soros in Greece, positioned to obey his brother, the boss of the Economic Assassins and Robbers of the wealth of the Greeks, with the front-scammers, convicted criminals and corrupt as is Miltiadis-Michalis Vanger, the Avrantinis brothers and more many.

The reality in Greece today, March 2020, transcends every science fiction scenario and that is confirmed in all by the revealed of the existence of a well-structured criminal organization network.

The Criminal Organization consisting of politicians, prosecutors, judges, starring by the well-known businessmen and their indispensable front-man in Greece, and they have a grand plan with the main pillar of action being the robbery of unsuspecting Greek households.

The central figure in the Criminal Organization in Greece is a Greek-American Stelios Zavvos.

Stelios Zavvos is the founder and CEO of Zeus Capital Managers Ltd, a US-based private equity and infrastructure management company with many branches established in economically sensitive countries such as Greece, having first looked after their financial weakness, just as it has become in Greece, Cyprus and other countries.

Stelios Zavvos, in this financial suffocation that is created by himself and his associates’ politicians to the detriment of the Greeks, established in Greece the company ORILINA PROPERTIES SA Real Estate Investing Company which serves the purpose of the CRIMINAL ORGANIZATION in question, the seizure of Greek houses, the immovable property of Greeks as those auctioned by their Bankers associates with the political cover up.


ORILINA PROPERTIES REAL ESTATE INVESTMENT COMPANY has recently raised its share capital to a € 105,000,000 and no one has asked where in the world those money came from, today it is ready to launch its plan in Greece.


Stelios Zavvos has set up in Greece the company ORILINA PROPERTIES Real Estate Investment Company – for the seizure of valuable Greek real estate in consultation with banks that hold as collateral the properties today non-performing loans of troubled Greeks, the cause of political robbery and corruption in the country after its associates and members of the BoD in his company are the persons who represented Greece in the IMF and as Prime Ministers of Greece.

Along with the “setting up” of the Criminal Organization in Greece Stelios Zavvos, he has also “set up” his brother George Zavvos as the Greek Deputy Minister of Finance in charge of the Financial System, namely the Banks in Greece, being the most appropriate position to serve his schemes, in cooperation with the political leadership of Greece.

At ORILINA PROPERTIES SA Board members include Alexander Samaras, brother of Greek Prime Minister Antonis Samaras and former IMF representative for Greek Government Miranda Xafa, who is known a supporter of the upcoming auctions of Greek properties.


All of these strategic positions of the front-man of the Criminal Organization network could not achieved without the close contact and control that Stelios Zavvos has maintained with all the country’s prime ministers for many years. 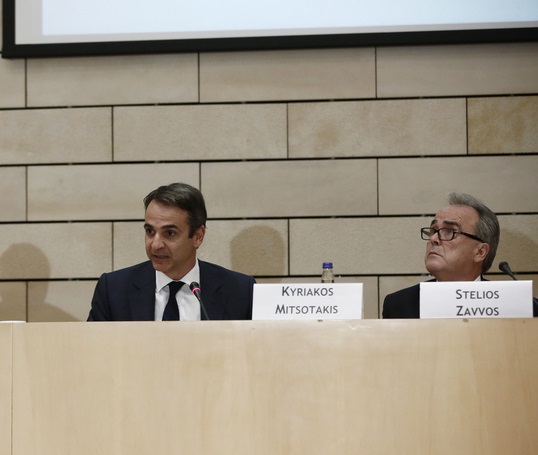 EVERYONE HAS A FRONT-MAN IN GREECE

In Greece, Stelios Zavvos is the front-man of the notorious George Soros after appointing him the chairman of the Advisory’s Committee of the Solidarity Now Foundation. 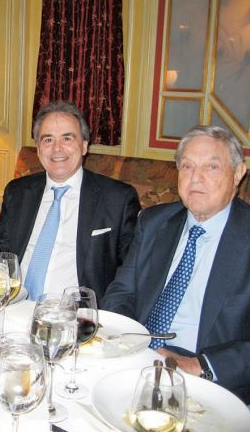 It is also no secret that Stelios Zavvos and George Soros have been working together for over 25 years.

Stelios Zavvos was also the founder of CONTINENTAL AMERICAN CAPITAL CORP. a based legal entity in USA specifically 40 EAST 72ND ST. APT. 2C NEW YORK, NEW YORK, 10021, which was closed after the presentation of its criminal records to the Danish Supreme Court as evidence of the Para Justice practices brought against Greek citizen at time by the intervene of their criminal organization.


NOTE: The involvement of the Politicians played a key role in the protected creation of the infrastructure of Stelios Zavvos’ s Criminal Organization with the aim of destroying the Greek economy and making ridiculous redemptions available to both Greek public and private property.

Contact details of Greek Deputy Minister of Finance in charge of the Financial System George Zavvos: