Apart from being the Director of the Prime Minister’s Office of Kyriakos Mitsotakis and a partner of the national criminal-robber Aristides Floros, Grigoris Dimitriadis is also a member of the Board of Directors of LINK2U CREDIT A.S, which is a debt collection company.

In the first Board of Directors of the debt collection company LINK2U CREDIT A.E. Carolina Florou, who is the sister of the national criminal-robber Aristides Florou, appears to the BoD as member.

The debt collection company was established in July 2012 under the name “LINK2U CREDIT SOCIETE ANONYME FOR THE INFORMATION OF BENEFITS FOR OPERATING REQUIREMENTS” with distinctive title «LINK2U CREDIT A.E.»

Karolina Florou remains on the Board of Directors of LINK2U CREDIT A.E. until September 2012.

Then Karolina Florou leaves and is replaced by Grigoris Dimitriadis, nephew and current Director of the Prime Minister’s Office of Kyriakos Mitsotakis. 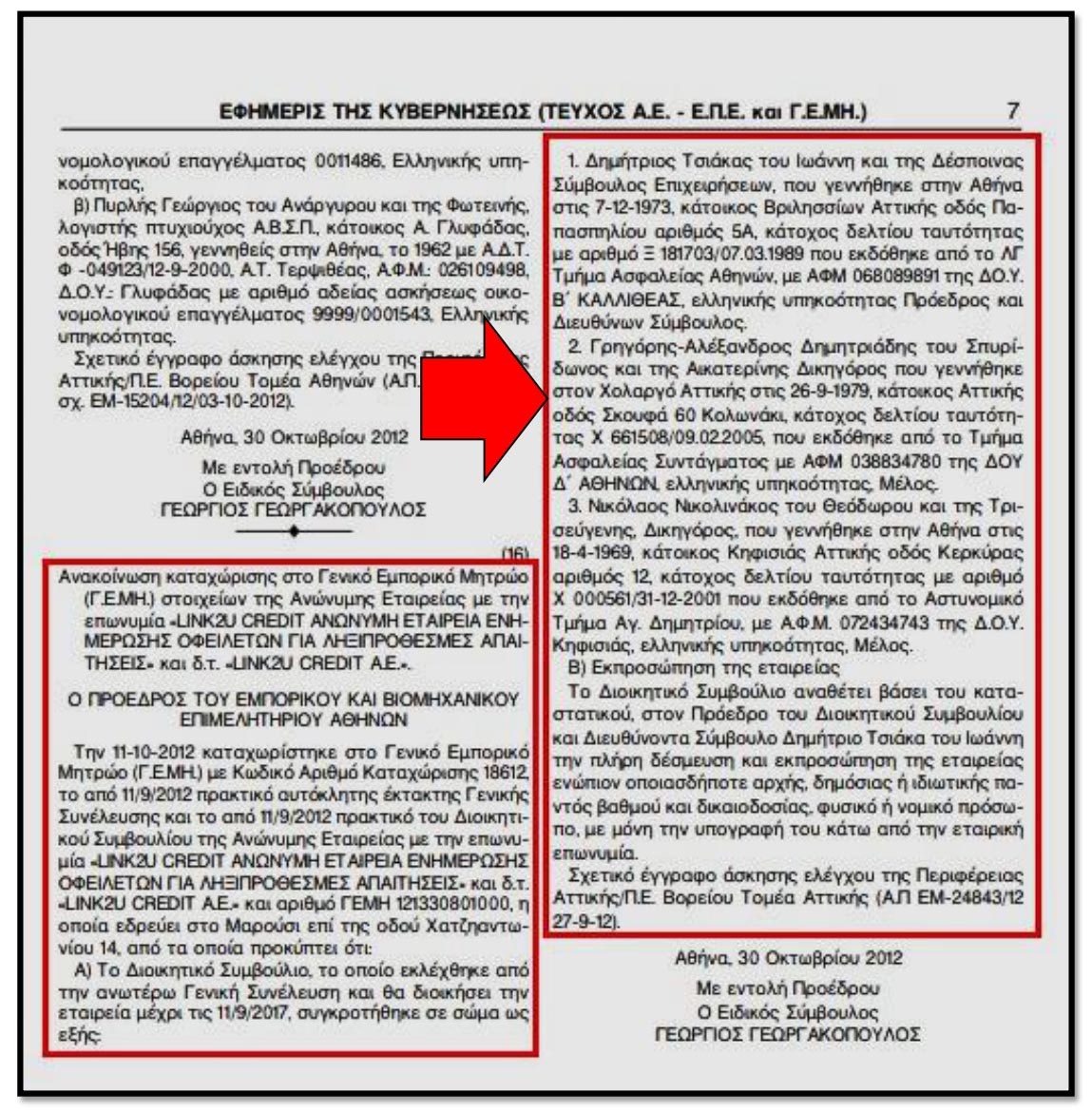 The collection company LINK2U CREDIT A.E. It is also a subsidiary of the company under the name “LINK 2U SOCIETE ANONYME COMMERCIAL SOCIETY”. 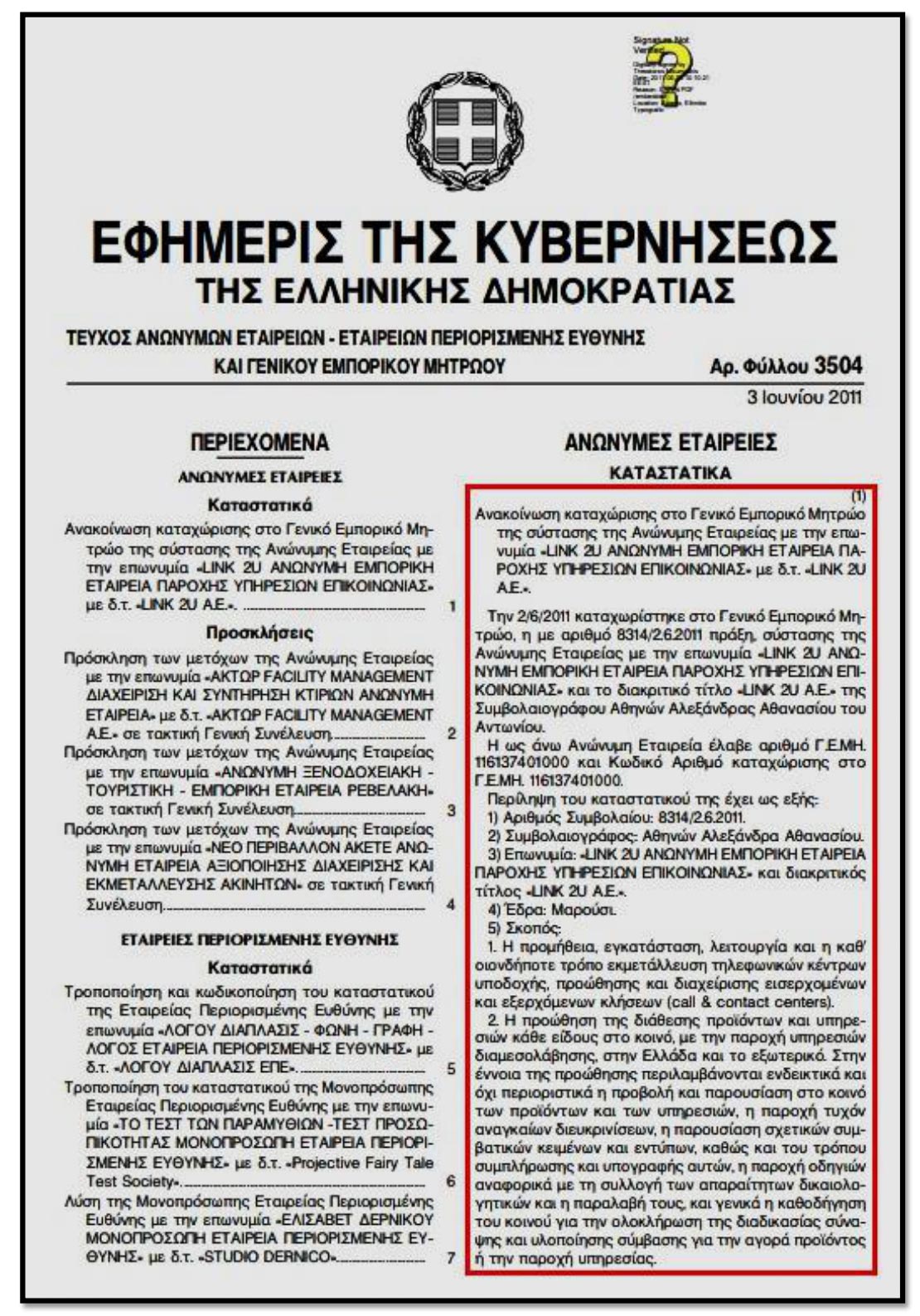 In the parent company of the debt collection company LINK 2U SOCIETE ANONYME COMMERCIAL COMPANY OF COMMUNICATION SERVICES “and distinctive title LINK 2U SA. Interests of Floros, the nephew and current Director of the Prime Minister’s Office of Kyriakos Mitsotakis, Grigoris Dimitriadis, is the Chairman of the first Board of Directors.

In simple words, what Aristides Floros has robbed from the Greek State demands with threats from the Greeks citizens through the debt collection company Link 2U Credit SA, the nephew, lawyer and Director of the Prime Minister’s Office of Kyriakos Mitsotakis, Grigoris Dimitriadis.

The same role is played by the sister of the National Robber Aristides Florou, Karolina Florou through the same debt collection company Link 2U Credit SA.

All corporate – business activities are an aspect of the ENERGA scandal because it turns out that there is a great and close relationship between the FLOROU-MITSOTAKI-DIMITRIADIS Families, hence the release of the criminal Aristides Floros, hence the release of the criminal Aristides Florou, who deliberately the journalists and publishers of the Alexis Papachelas type editor of “Kathimerini” who writes in accordance what the submitter from the Secret Service gives him and many others like him, avoid highlighting the cause of the boom.

Let’s not forget that in addition to the criminal activities of individuals, there are documents proving the corrupt practices of the current Prime Minister Kyriakos Mitsotakis, who has turned «Rusfeti» into a national sport on behalf of the Greeks that are called to pay the bill, since he had appointed his nephew Alexandros Dimitriadis, Special Adviser to his office, when KYRIAKOS MITSOTAKIS held the position of Minister of Administrative Reform and e-Government in August 2013. 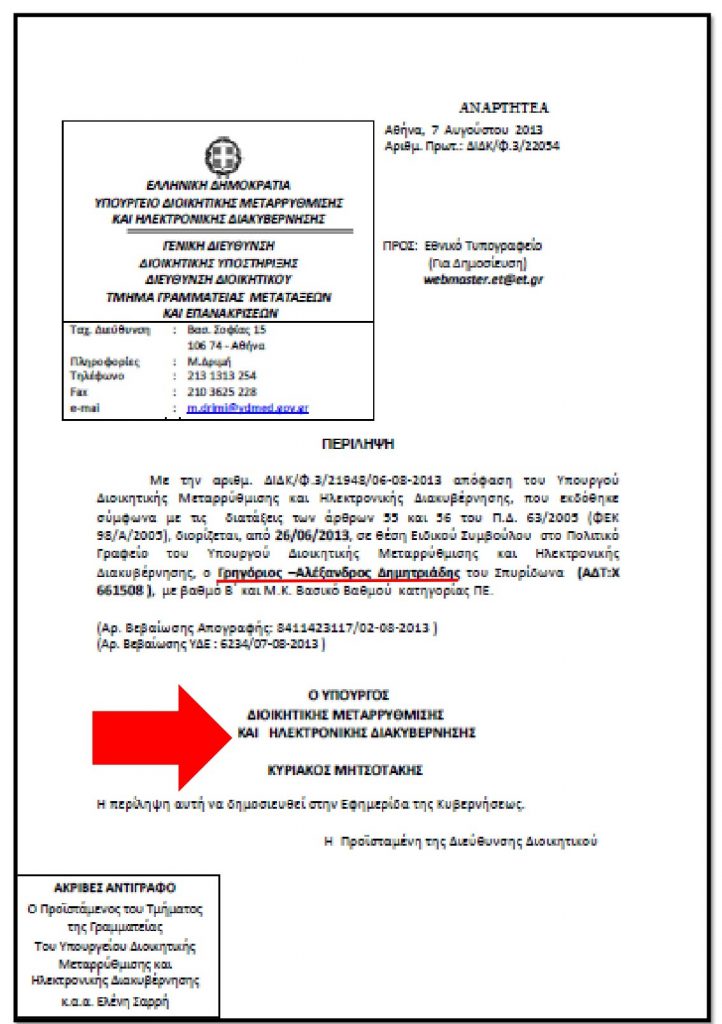 For all this, the infamous and obviously corrupt behavior of the country’s Prosecutors and Judges, who agree by keeping silent, as if they are expecting something of their own, is questionable.